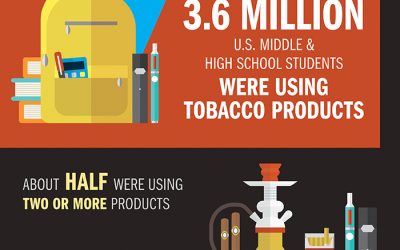 The Centers for Disease Control and Prevention (CDC) released an article in its Morbidity and Mortality Weekly Report (MMWR), outlining results from CDC’s 2017 National Youth Tobacco Survey, which measures both high school and middle school smoking rates. Overall tobacco product use among youth in 2017 was 19.6% for high school students and 5.6% for middle school students. E-cigarettes remained the most commonly used tobacco product among both groups of students. Rates of youth e-cigarette use declined between 2016 and 2017, but this use rate may be a conservative estimate. Other studies have shown that youth may be unaware that JUUL is an e-cigarette.

Tobacco use is a leading cause of preventable death and disease worldwide, killing more than 7 million people each year globally. On May 31st, World No Tobacco Day is a yearly reminder that smoking is a global epidemic that severely impacts peoples’ health. In the United States, the number of current smokers has been on the decline and there are now more former smokers than current smokers. Despite this trend, smoking remains a serious addiction and there are still 37.8 million Americans who smoke. Each year smoking-related illnesses cause 1 out of every 5 deaths. 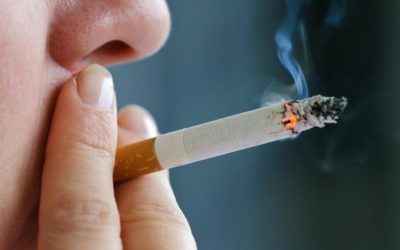 Tobacco cessation is considered the single most effective primary prevention strategy for reducing the risk of lung cancer death in patients. Researchers from the Medical University of South Carolina conducted a secondary research analysis on the National Lung Screening Trial and found that current smokers have varying levels of tobacco dependence that can help predict a person’s ability to quit and clinical outcomes. A single question within this screening tool, was associated with outcomes in this population. Specifically, those who had their first cigarette within five minutes of waking were significantly less likely to be successful in smoking cessation, significantly more likely to have lung cancer and had significantly higher rates of death. Utilizing this information can help to develop tailored tobacco treatment plans and improve risk assessment for lung cancer, which may lead to better individual and health system outcomes in the future.

“While great progress has been made in reducing cigarette smoking rates among adults, the behavioral health population (those with mental illness and/or substance use disorders) has not benefited equally from this progress. Today’s study highlights that mental health and substance abuse treatment facilities are simply not doing enough to protect patients from secondhand smoke exposure and get patients the help they need to quit smoking. Less than half of mental health treatment facilities and just over a third of substance abuse treatment facilities have a smokefree campus policy in place to protect clients and staff from secondhand smoke exposure” – Harold P. Wimmer American Lung Association National President and CEO 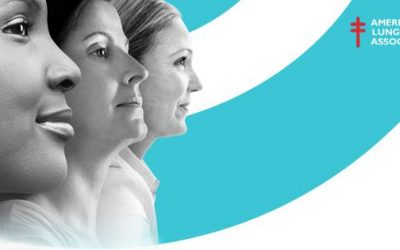 Turquoise is the signature color of the LUNG FORCE movement. Since 2014, LUNG FORCE has collected stories of lung cancer patients, survivors and caregivers- these brave women and men are our “LUNG FORCE Heroes” and by sharing their stories we’re able to change perceptions of lung cancer – and to help others know their risk and understand why new methods of early detection are essential for saving lives. Now until May 26, you can visit a CVS Pharmacy and make a donation at the register to raise funds for lung cancer awareness, research and education. 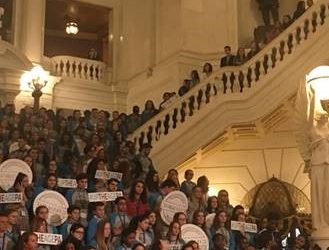 On Tuesday, May 1, 2018, the American Lung Association in Pennsylvania hosted more than 500 lung health advocates, including youth, from across Pennsylvania to rally for Pennsylvania lawmakers to take action now and raise the minimum sales age for all tobacco products – including e-cigarettes – to 21 at the Main Capitol in Harrisburg. In addition, advocates urged support for sustaining Master Settlement Agreement funds to support lifesaving tobacco cessation and prevention programs and services throughout the commonwealth. At the event press conference, State Sen. Mario Scavello and Rep. Thomas Murt both committed to working together to introduce Tobacco 21 legislation, with the hope of having the legislation pass by this time next year. 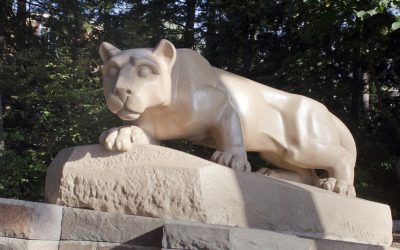 Penn State announced that the University will move to become tobacco and smoke-free across all campuses beginning with a launch in fall 2018. The use of cigarettes, e-cigarettes, cigars, pipes, smokeless tobacco, all nicotine delivery devices and other tobacco products will be prohibited across all University-owned or leased properties, facilities and vehicles. As part of Penn State’s strategic priority to enhance health and wellness, the University is committed to the health and well-being of its students, employees and visitors. Penn State is the 11th school in the Big Ten Conference to implement such a policy.

For 19 years, the American Lung Association has analyzed data from official air quality monitors to compile the “State of the Air” report. This year’s report that found ozone pollution worsened significantly in 2014-2016 compared to the previous report, while improvements continued in year-round particle pollution and fewer episodes of high particle days.

In both 1990 and 2016, Pennsylvania had the 22nd highest age-adjusted death rate. Compared to other areas with similar socioeconomic qualities, Pennsylvania had 27 percent more years of life lost due to lung cancer than expected in 2016. Tobacco use and a high BMI were the top two risk factors in Pennsylvania contributing to premature death or years living with a disease. The prevalence of tobacco use in Pennsylvania has dropped 38.6 percent between 1990 and 2016, though not as much as the national average (42.8 percent). These data can be used to inform tobacco control policy.